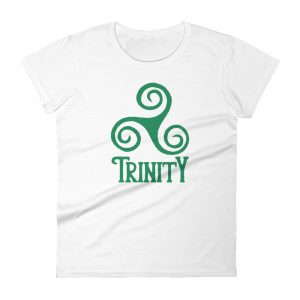 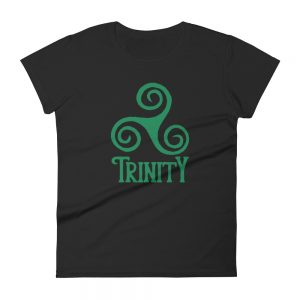 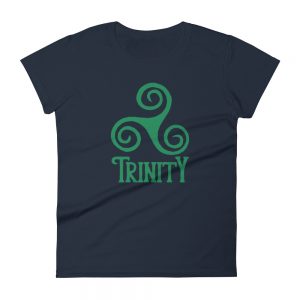 And three spirals? Since three was a sacred number to the Druids, there are lots of ideas about what the triple spiral meant. The symbol is called a triskelion or triskele, which means “three legs” in Greek. And each leg has a meaning. Some believe the triple spiral represents forward motion and the cycle of life, death, and rebirth. Christian missionaries likened it to the Holy Trinity: the Father, Son, and Holy Spirit. This trinity symbol could also represent past, present, and future; power, intellect, and love; and mother, father, and child. You really can take your pick.

Your typical 100% cotton t-shirt (except for heather colors, which contain 10% polyester). Pre-shrunk to make sure your size is maintained throughout several washes, and a classic fit. 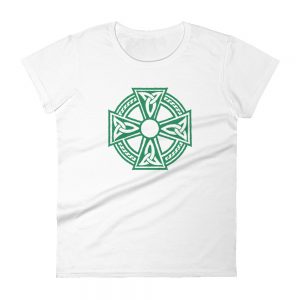 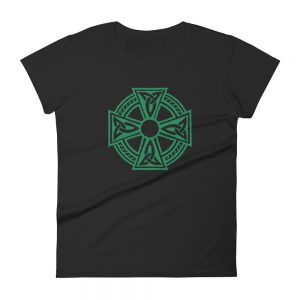 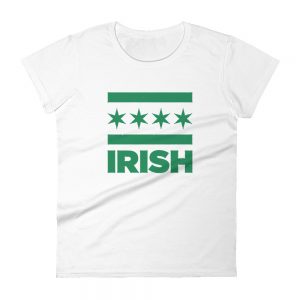 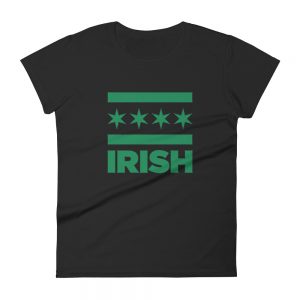 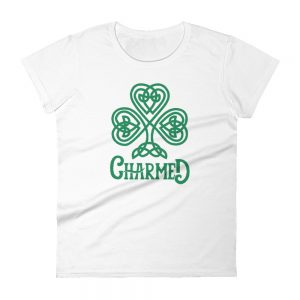 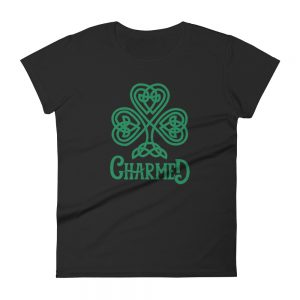 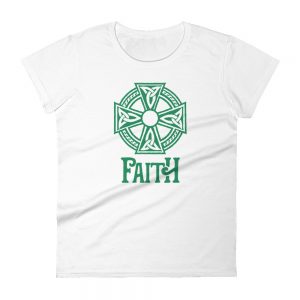 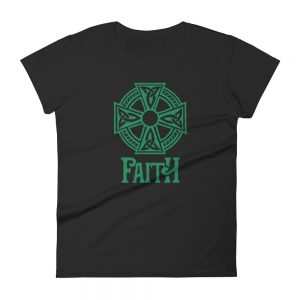 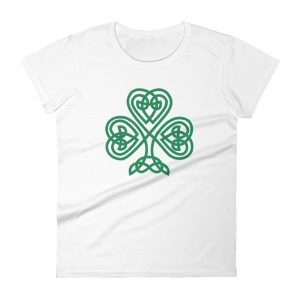 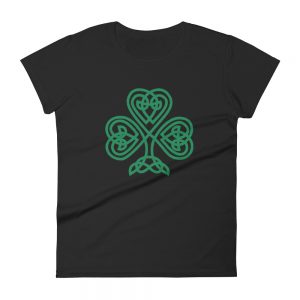 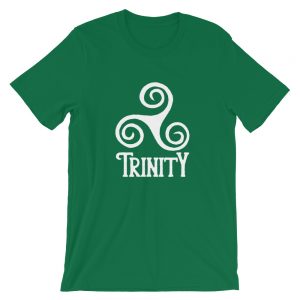 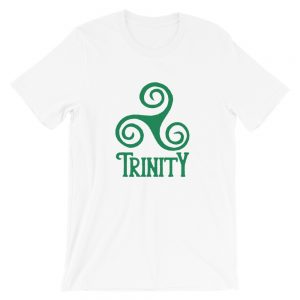 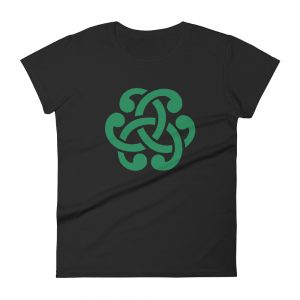 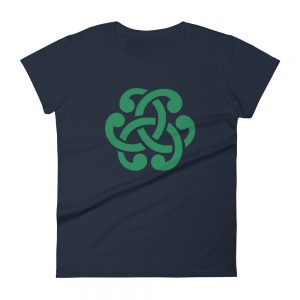 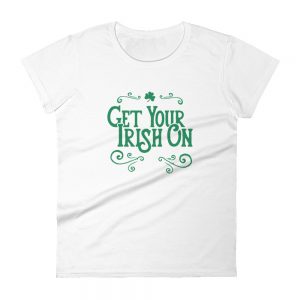 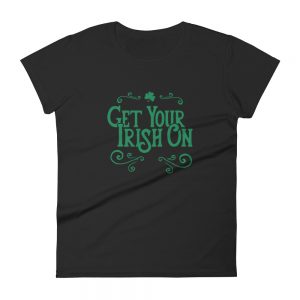 Get Your Irish On – Women’s Script T-shirt